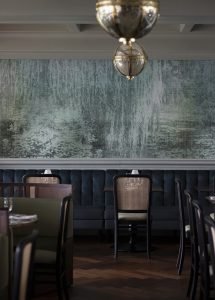 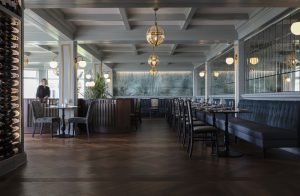 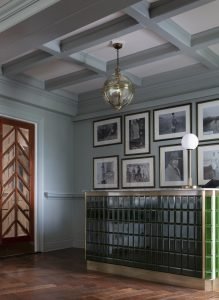 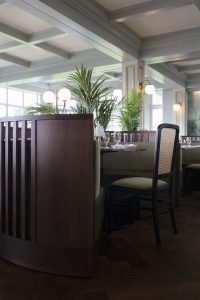 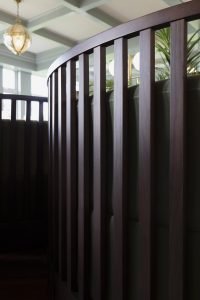 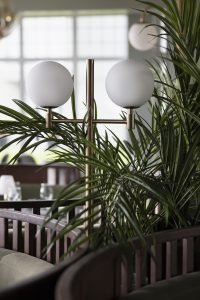 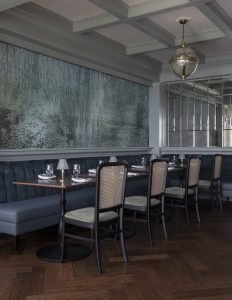 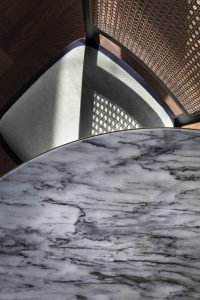 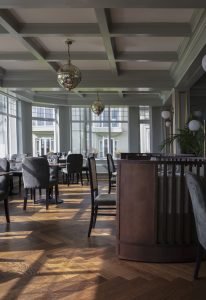 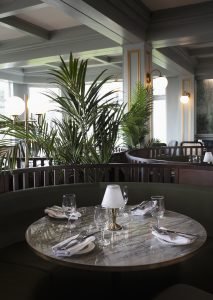 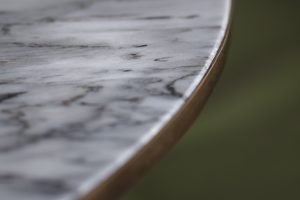 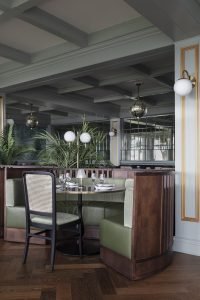 Charlie’s Restaurant is attached to the Butler Arms Hotel. The Butler Arms, which dates back to 1884, is a landmark Waterville hotel on the famous Ring of Kerry and it has been in the Huggard family since 1915.  The current owners, sisters Louise and Paula, are the 4th generation of Huggards at the helm of this historic family owned and managed hotel.

In 2019, the sisters called us in to work on the hotel’s formal restaurant, Charlie’s. The brief was to convert the tired and outdated dining room into a more appealing casual dining and breakfast space with a touch of everyday luxury.

We drew our inspiration from one of the more famous guests, and the restaurant’s namesake, Charlie Chaplin. One of Hollywood’s golden era movie stars, Charlie Chaplin and his family visited Waterville in 1959, staying in the Butler Arms Hotel. The family returned each year for more than a decade. And so, Charlie Chaplin, black and white cinema, and the stylistic glamour of Art Deco, popular in the early 20th century, were the starting points for the re-design of the interiors for Charlie’s Restaurant.

To evoke that feeling of Hollywood Deco glamour, we used sumptuous velvets, in beautiful muted jewel tones; curved banquette seating; glamorous marble and brass; smoky beveled mirrors; chevrons and herringbones. Paula and Louise (the owners) had a host of original black and white photographs of Charlie and his family enjoying their time in the Butler Arms hotel in their possession. In honour of the man himself, a gallery wall of these restored photographs hangs behind the marble, brass and emerald green tiled reception counter.